Abstrakt:
Mental imagery is a phenomenon that has been given various theoretical accounts in cognitive science. We present an enactive approach to visuospatial mental imagery, implemented in a hybrid computational model, using the so-called perceptual actions. The model consists of a forward model, an inverse model, both implemented as neural networks, and a memory/controller module, that grounds simple mental concepts, such as a triangle and a square, in perceptual actions, and is able to reimagine these objects by performing the necessary perceptual actions in a simulated humanoid robot. We tested the model on three tasks – salience-based object recognition, imagination-based object recognition and object imagination – and achieved very good results showing, as a proof of concept, that perceptual actions are a viable candidate for grounding the visuospatial mental concepts as well as the credible substrate of visuospatial mental imagery. (The core of this work was done with students of cognitive science - Jan Jug, Tine Kolenik and André Ofner - during their mobility semester). 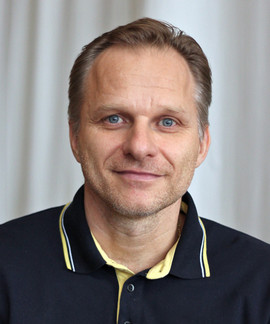