Faculty of Mathematics, Physics and Informatics > Division of Astronomy and Astrophysics

Division of Astronomy and Astrophysics

Research and scientific scope of the Division of Astronomy and Astrophysics, which belongs to the Department of Astronomy, Physics of the Earth and Meteorology, is focused on the interplanetary mass, physics and dynamics of small bodies of the Solar system, their relations and evolution and on modeling of the orbital evolution of the dust particles.

Second major area of the research is the physics of the Sun with the focus on the diagnostics of non-thermal distributions in the solar corona and the studies of solar activity in the solar atmosphere with the utilization of satellite and our own observations of eruptions. The observation programs take place on AGO FMFI observatory (MPC code 118) by classic or modern (CCD camera) methods. Department cooperates with AÚ SAV, AÚ AV ČR, ISAO CNR Bologna, Observatoire de Paris, section de Meudon. Currently, graduate students and our graduates are visiting Institute for Astronomy University of Hawaii, Vatican Observatory Summer School and NASA Marshall Space Flight Center.

Leonid meteor shower was active in this year, AMOS system recorded many bright meteors of moderate activity November 17 -19 from Slovakia, Canary Islands, Chile and Hawaii. The example of bright Leonid meteor is shown on composite image from AMOS station on Haleakala Observatory, University of Hawaii. 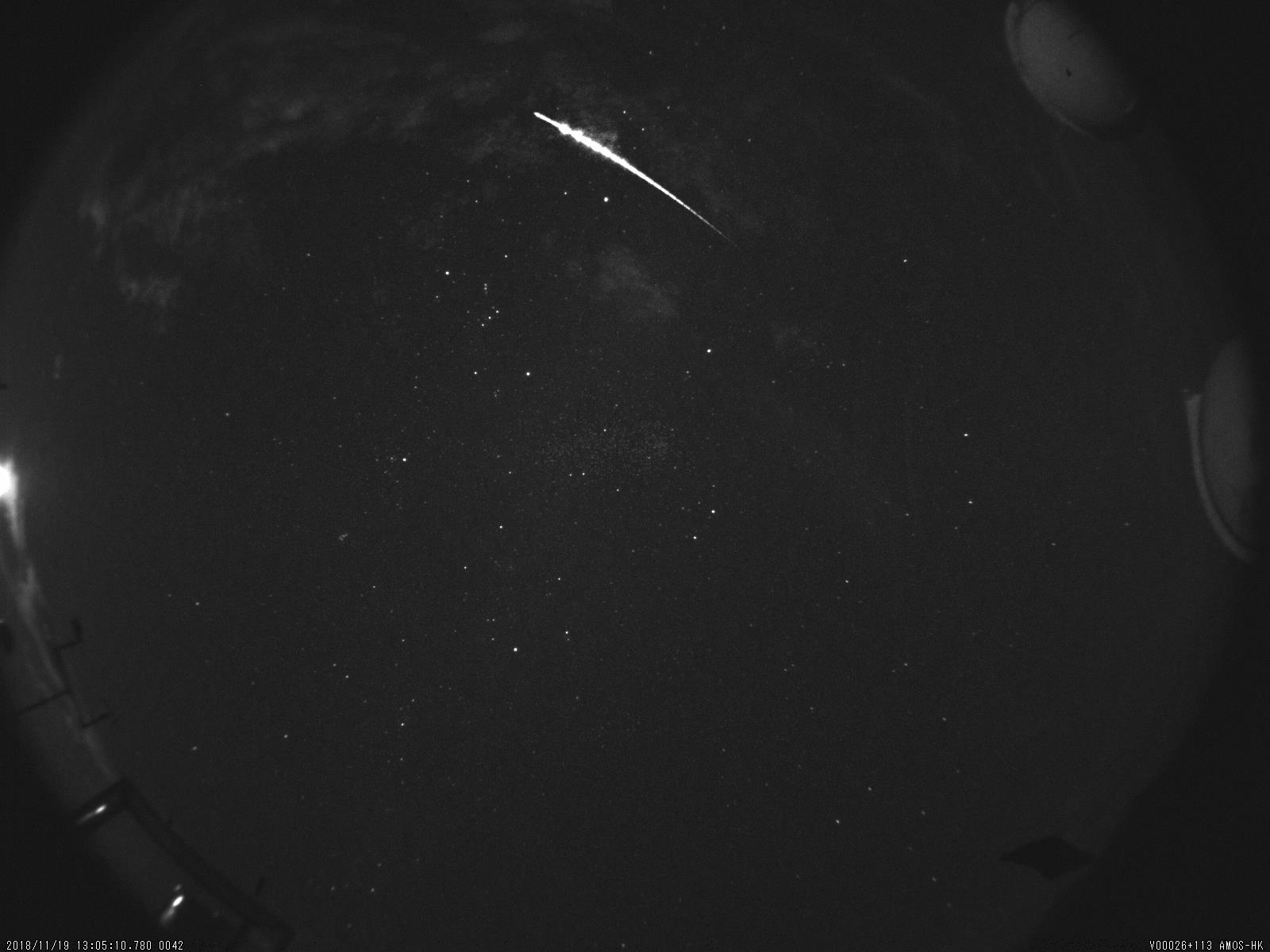 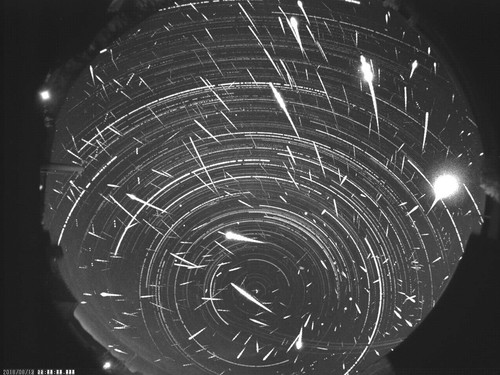