AMOS recorded a bright meteor over the Canary Islands

The meteor was also observed by another AMOS system on el Teide observatory (Tenerife), which enabled Pavol Matlovič, an astrophysicist of the Comenius University, who is on working stay at Instituto de Astrofisico Canary Islands, to perform the triangulation and determination of the trajectory and heliocentric orbit of the meteoroid. This fast meteor (57 km/s) flew for approximately 8 seconds achieving more than 250-times the brightness of Venus (similar to the brightness of the first quarter moon) and disrupted completely at the height of 80 km above the surface.

The meteoroid originated from the meteor shower October Ursae Majorids with very eccentric orbit tilted almost 100 degrees from the Earth's orbit around the Sun. The parent object of this shower is not known. The spectral analysis revealed typical cometary composition of the meteoroid. A long-lasting trail and a smoke from the meteor ablation were observable for several minutes after the event, as visible from the animation provided by Agustin Núñez of the Grantecan, IAC. 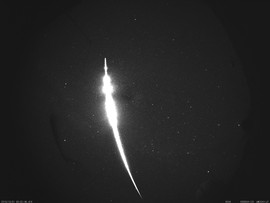 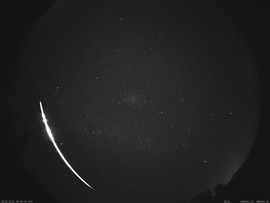 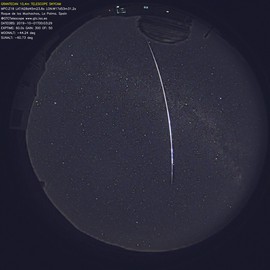 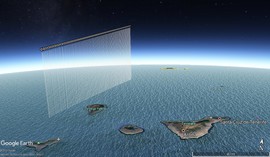