The spatial distribution of interplanetary matter in the near-Earth space and characterization of the physical properties of meteoroids is being investigated by collective of astronomers from the FMPI CU. For this purpose, eight stations of All-Sky Meteor Orbit Systems (AMOS) were established to provide continuous observations of the light phenomena caused by the interaction of meteoroids and Earth’s atmosphere.

The spatial distribution of interplanetary matter in the near-Earth space and characterization of the physical properties of meteoroids is being investigated by collective of astronomers from the FMPI CU. For this purpose, eight stations of All-Sky Meteor Orbit Systems (AMOS) were established to provide continuous observations of the light phenomena caused by the interaction of meteoroids and Earth’s atmosphere. Four stations are currently operating in Slovakia, while two are positioned at the Canary Islands and two in the Atacama Desert in Chile. These four stations are observing at ideal astroclimatic conditions in altitudes of 2400 - 2500 m. The systems were recently expanded by holographic grating-based cameras providing spectral observations of meteors.

During the predicted outburst of Taurid meteor shower in November 2015 our systems captured 33 meteor emission spectra including multi-station observations provided by our Slovak stations, which were used to determine orbital and atmospheric parameters. Taurids are an extensive stream of particles produced by comet 2P/Encke, which can be observed mainly in October and November as a series of meteor showers rich in bright fireballs. Several near-Earth asteroids have also been linked with the meteoroid complex, and recently the orbits of two carbonaceous meteorites were proposed to be related to the stream, raising interesting questions about the origin of the complex and the composition of 2P/Encke.

As hinted by previous analyses, we found that based the orbital elements of the outburst meteoroids, Taurid stream can be associated with several near-Earth asteroids (NEAs), particularly 2015 TX24, 2003 UV11 a 2007 UL12. Spectral and physical properties of these asteroids are currently unknown. However, based on the determined structural and spectral features of observed Taurid meteoroids, we believe that the orbital similarity and relation to proposed NEAs is incidental.

The brightest captured Taurid (-8.4 magnitude) is displayed as seen in the field of view of the system (Fig.1), along with the reduced spectral profile of the first order (Fig. 2) and second order of the spectrum (Fig. 3). The meteor exhibited bright flare, which resulted in saturation in the first order spectrum. Therefore, second order spectrum was used for our analysis. The spectral classification of meteors is based on the relative intensities of the main meteor multiplets of Na, Mg and Fe and displayed in ternary diagrams. The classification of Taurid meteoroids is in Fig. 4.

Most of the Taurid meteoroids were found to represent normal spectral class with comparable content of Na I, Mg I a Fe I. The spectral analysis revealed large dispersion of iron content in Taurid meteoroids, ranging from Fe-poor bodies to meteoroids with almost chondritic Fe/Mg ratios. Na content also varied slightly and was found to be a function of the meteoroid perihelion distance, assigning Na loss to space weathering processes, particularly the thermal desorption. It was also found that the Na enrichment is preferred in smaller particles. Nevertheless, the increased Na line intensity over Mg was found in all of the studied spectra, indicating significant volatile content in Taurid meteoroids.

The overall radiated energy during the meteor flight can be used to estimate the original mass of the meteoroid and other parameters determining the structure of the meteoroid. It was found that Taurid meteoroids are fragile as manifested by the determined grain densities 1.3 – 2.5 g cm-3 and fragmentation under low dynamic pressures of 0.02 – 0.10 MPa.

Overall, the determined material strengths showed typically cometary characteristics in the KB classification, dominated by C group meteoroids, and much more dispersed values in the PE classification, in which the majority of Taurid meteoroids fall in the group II, characteristic for carbonaceous bodies. The discovered features suggest that Taurids are heterogeneous population of meteoroids, which are cometary in nature but contain solid, possibly carbonaceous inclusions. The diversity of the observed material may be caused by the reprocessing of meteoroid surfaces, but possibly also reflects the authentic inhomogeneity of 2P/Encke or earlier parent comet of the stream. 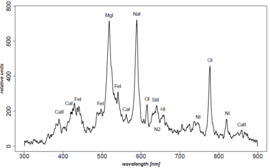 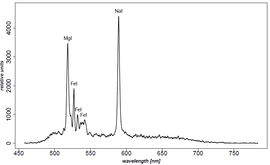 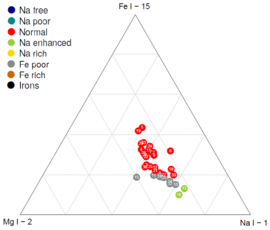